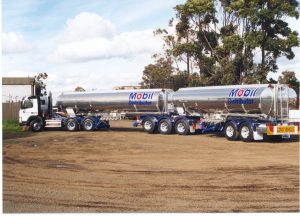 IN the mid-nineties, Holmwood were approached with a unique problem:
How can we cart bulk fuel loads by B’Double to a regional hub, then split the B’Double and conduct farm type deliveries.
The Holmwood team came up with a unique solution – the Rural Distributor.
The first unit was a tri-bogey ‘reverse B’double’ that featured an innovative sliding suspension arrangement to ‘squash up’ the lead trailer for weight distribution and maneuverability – a true first in the tanker industry. 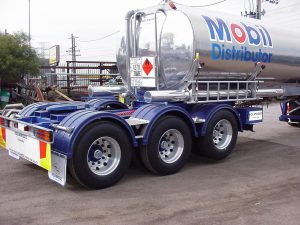 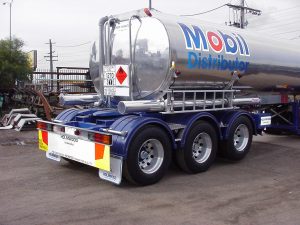 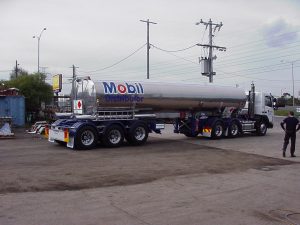 In order to facilitate customer deliveries, a self contained removable pump and metering set was developed, that was easily slipped in under each trailer, and attached by a snap in locking mechanism, and fitted with quick connect hydraulic and electrical connections.  They were removable so that full B’Double loads could be carried up the highway to the depot. 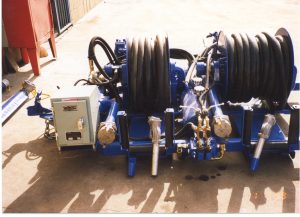 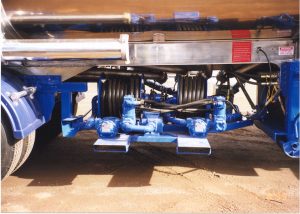 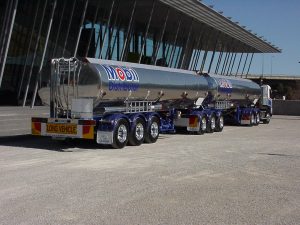 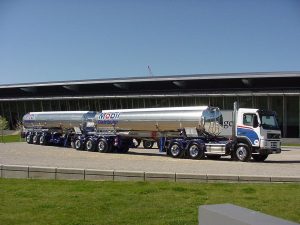 Here’s a video of the slider in action!

Although the concept was copied and mimicked, none performed as well as the original Holmwood.

We have recently brought the design back to the table, and produced some new sliding suspension ‘rural distributor’ tanker combinations in late 2017.